I reckon I should make a movable, pass-through fiddle yard, aka a traverser.

Maybe not this complex:


Maybe something a bit simpler, like this example from Aus:
And another close-up shot from Armchair Modeller Downunder: 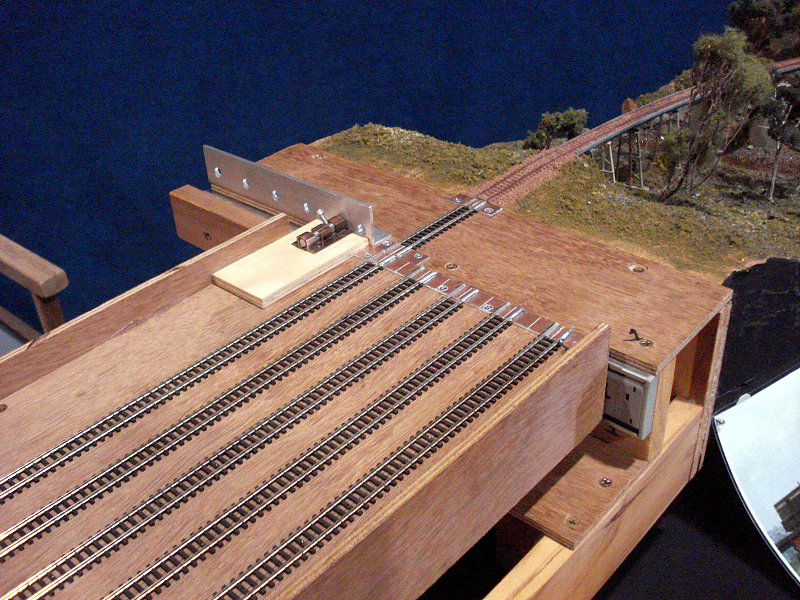 The track appears to be soldered on to PCB. The locking mechanism seems to be two standard brass door bolts, with a aluminum plate with holes drilled at the right distances.

I reckon two MMW module plates with draw runners would do the trick. The only question is how long to make it...
Posted by Lewis Holden at 10:00 PM No comments:

The GT car carrying wagon was introduced in 1988. They've just been withdrawn and scrapped. I've always wanted one, but in 1:64 they're a whopping 39cm long. Even in NZ120 they're pretty long - 20cm.

I'm going to make this as a semi-kit set in two parts - the shell and the chassis. So far I've designed the shell for two of the versions of the GT - Mk I (technically drawing 2) and Mk II.

I've guesstimated how these were put together, as the NZ Model Railway Journal June 2007 edition has drawing for GT-4 (the one with rounded edges). The Mk II version (which was actually only one wagon):

There's still the chassis to finalise (I need to get some Type 16 bogies and couplers) so the models won't be available on Shapeways until that part is completed. Another project could be to build the car-loading ramps for the wagons.

For now here's some pictures of GTs in service during the 1990s. One GT (GT75) did receive Railfreight branding:

Here's some more shot from a video I found:

Posted by Lewis Holden at 2:48 PM No comments:

A scene which is sadly now part of history. Fascinating though - Ravensdown CF class wagons being unloaded at Utiku:
Posted by Lewis Holden at 5:40 PM No comments:

Another one of those jobs I haven't got around to - assembling an IA class container wagon from Mark's Model Works (MMW). 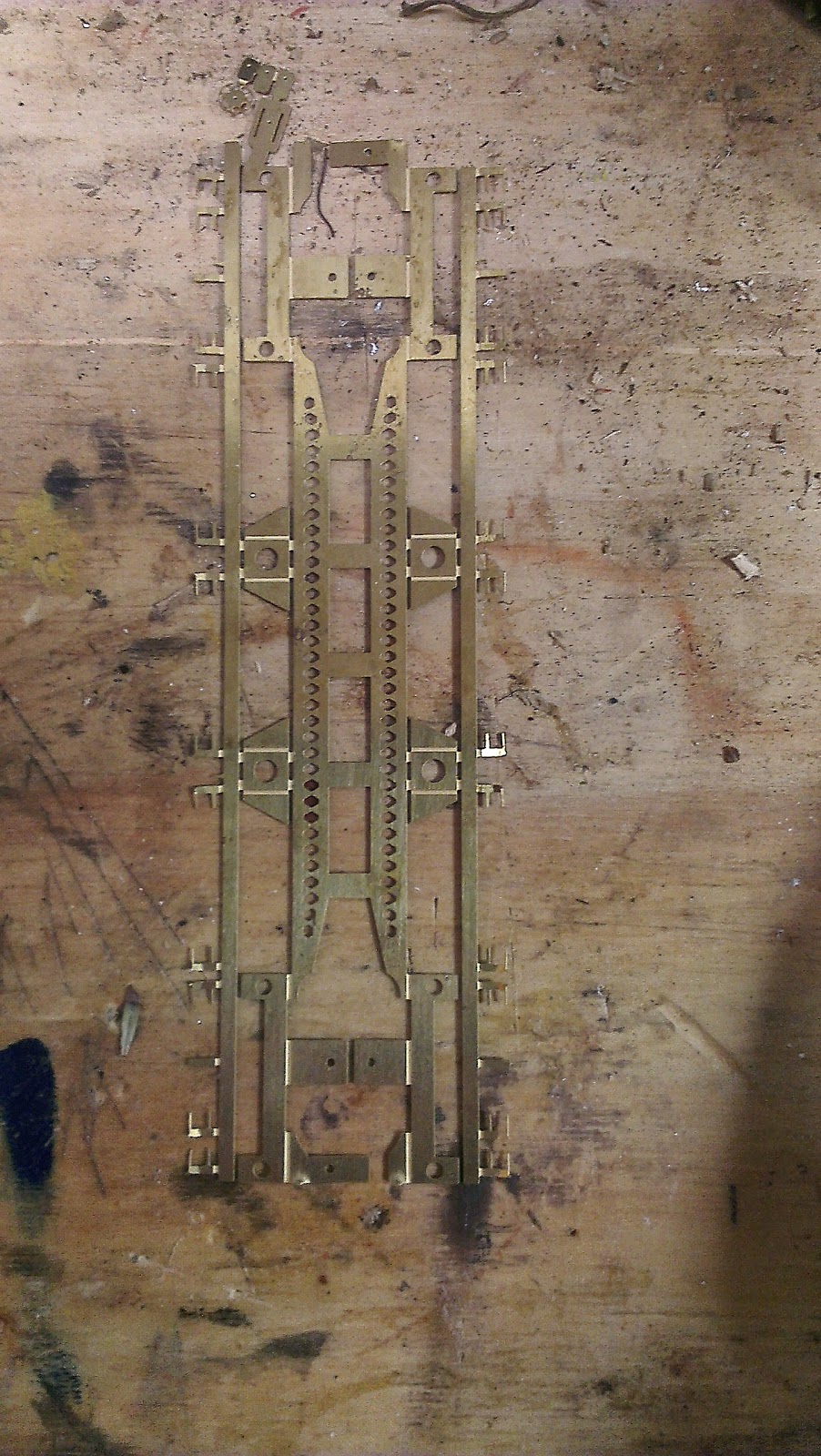 I managed to break off one twistlock and the brake wheel. These can be added (back) on when I solder the underframe to the deck. 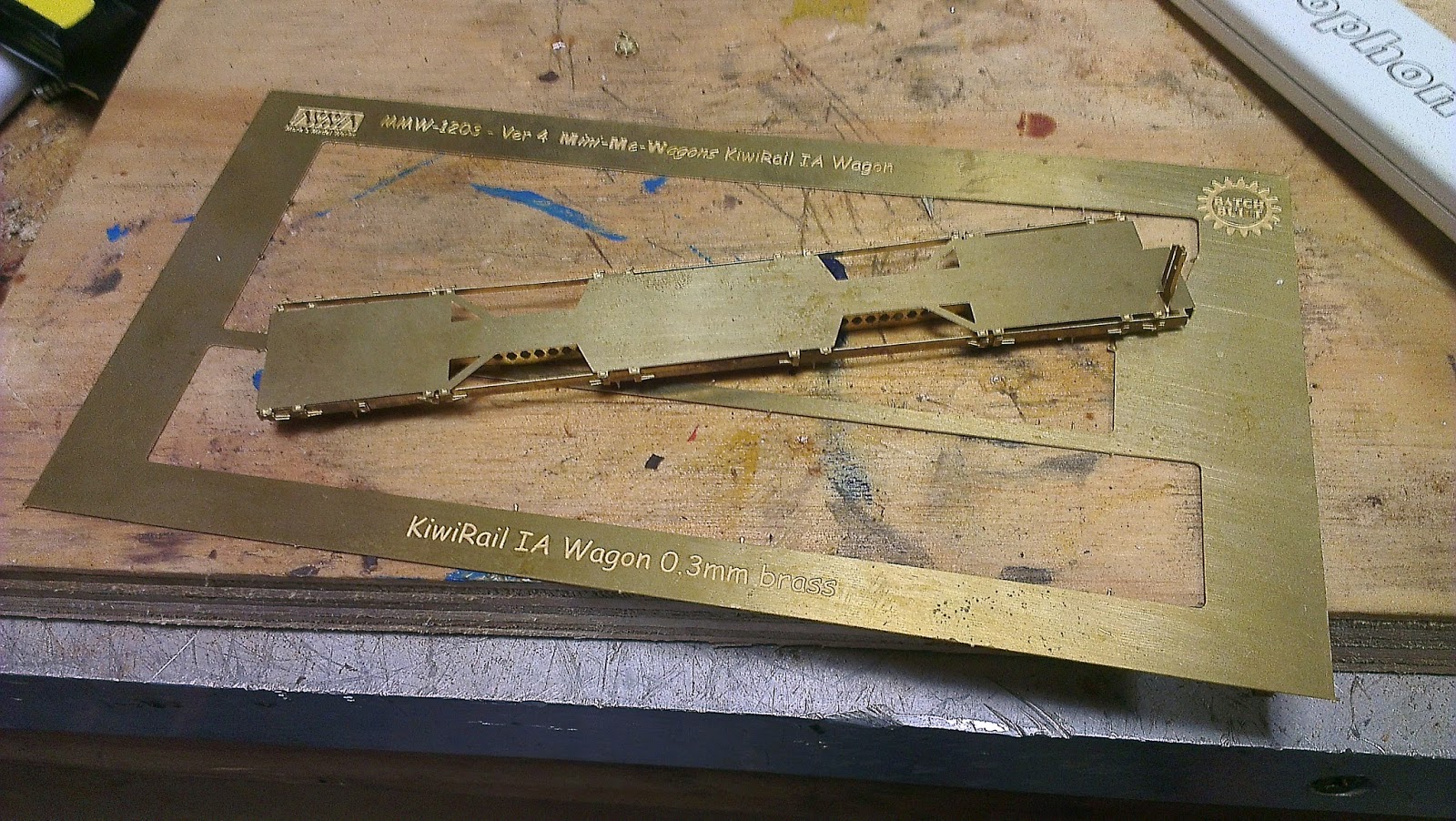 Still need to get some bogies and couplers to complete the model.

Posted by Lewis Holden at 7:10 PM No comments:

Posted by Lewis Holden at 2:19 PM No comments:

Email ThisBlogThis!Share to TwitterShare to FacebookShare to Pinterest
Labels: Video

I've done a quick and dirty version of the HWT Mk II:

It's not as detailed as the Mk I version, but these containers were much simpler anyway. They were branded with "Tranz Link". A total of 33 were built.

Posted by Lewis Holden at 10:48 PM No comments: