On the weekend 3 Foot 6 Models launched, with the goal of being a "New Zealand Shapeways" for NZ120 and HOnz modellers. As many of you will know, I started out designing models for Shapeways almost 10 years ago. At the time, Shapeways was a revolution for NZ120 and smaller scales: you could upload any design you fancied, and create pretty good prints, albeit somewhat expensive.

Fast forward 10 years, and I'm sad to say little has changed with Shapeways. Print quality has not improved, even though 3D printer technology has made huge strides forward. There are a number of reports of oil leaching from Shapeways prints, despite huge effort put in to cleaning and sanding models. Postage has become even slower - not helped by USPS suspending service to NZ for a time due to Covid - and as expensive as ever.

As a result, what should've been a huge leap forward for model making in NZ hasn't really come to full fruition. There's no doubt in my mind that Peter Bryant's Kiwi Trains designs have made a big impact - they've allowed a lot more people into the hobby which is a great thing. Yet the cost and timeframes for getting hold of prints has become a major issue. So much of an issue that I went and purchased my own resin 3D printer a couple of years ago, an AnyCubic Photon.

The Photon is a great printer to start with, but it has its limitations, especially when it comes to size. I was able to print an HO scale DA class loco, albeit I had to split the loco into parts. Because of this, I invested (after some deliberation with the CFO) in buying Fraser Robertson's Sonic 4K. Long story short, bigger screen, bigger models, more detail. After a few months of playing around with the Sonic 4K I've got it to the point where I'm confident I can produce good quality prints - certainly much better than Shapeways - at affordable prices.

I've put together a licensing agreement with a number of NZ120 designers, and will be adding more models to the site as I test print them. In the longer term I want to acquire a larger resin printer to enable larger models again to be printed, and a wash and cure machine. Watch this space! 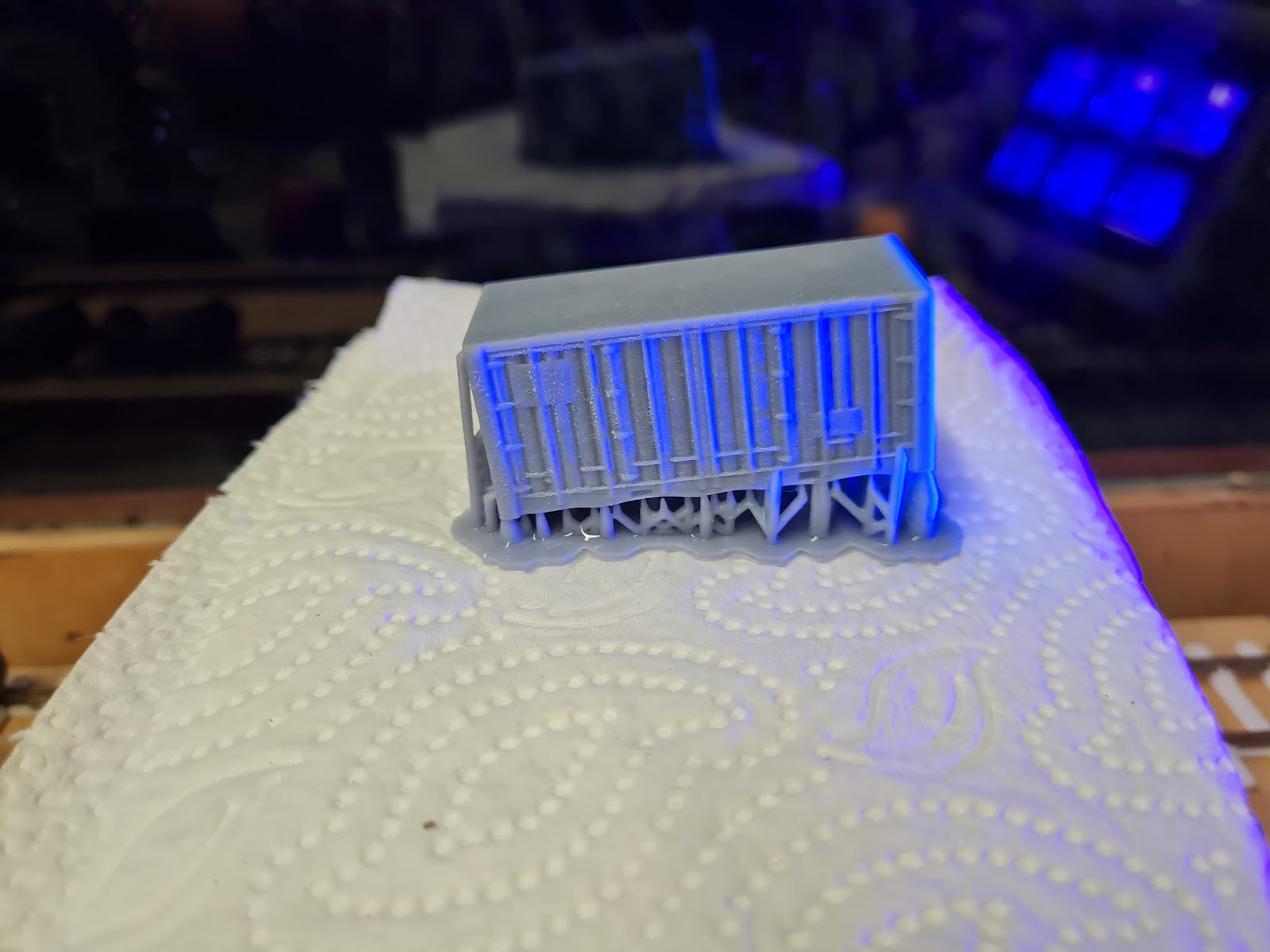 I'm producing my NZ120 containers to order - I uploaded the designs to Thingiverse  for anyone to use. If you'd like some, contact me or leave a comment below: