on November 01, 2014
The DSG class seems to be a natural choice for my first loco in NZ120. The heavy shunters have been around since the early '80s, and are solid performers. I chose 3249 because it was one of the first DSGs to have shunters refuges added (in 1994) and was of course New Zealand Rail branded until that unfortunate name change in late 1995.

I purchased a Shapeways body (available on Peter's store here) in Frosted Ultra-Detail or FUD. FUD is a vastly superior finish to what I've seen in the past with the "White Strong & Flexible" option. It's worth paying more for. The only criticism I've seen others make of FUD is that it's a bit "brittle" but I'm not sure why this is a problem for a loco body though.There are no moving parts after all.

Peter recommends using a RS3 chassis as it fits perfectly in the shell. After selling some more of my 1:64 models (some partially completed 56ft carriages) I purchased a Bachmann N scale RS3, with DCC from Model Train Stuff. Peter said the RS3 fits the DSG shell perfectly. 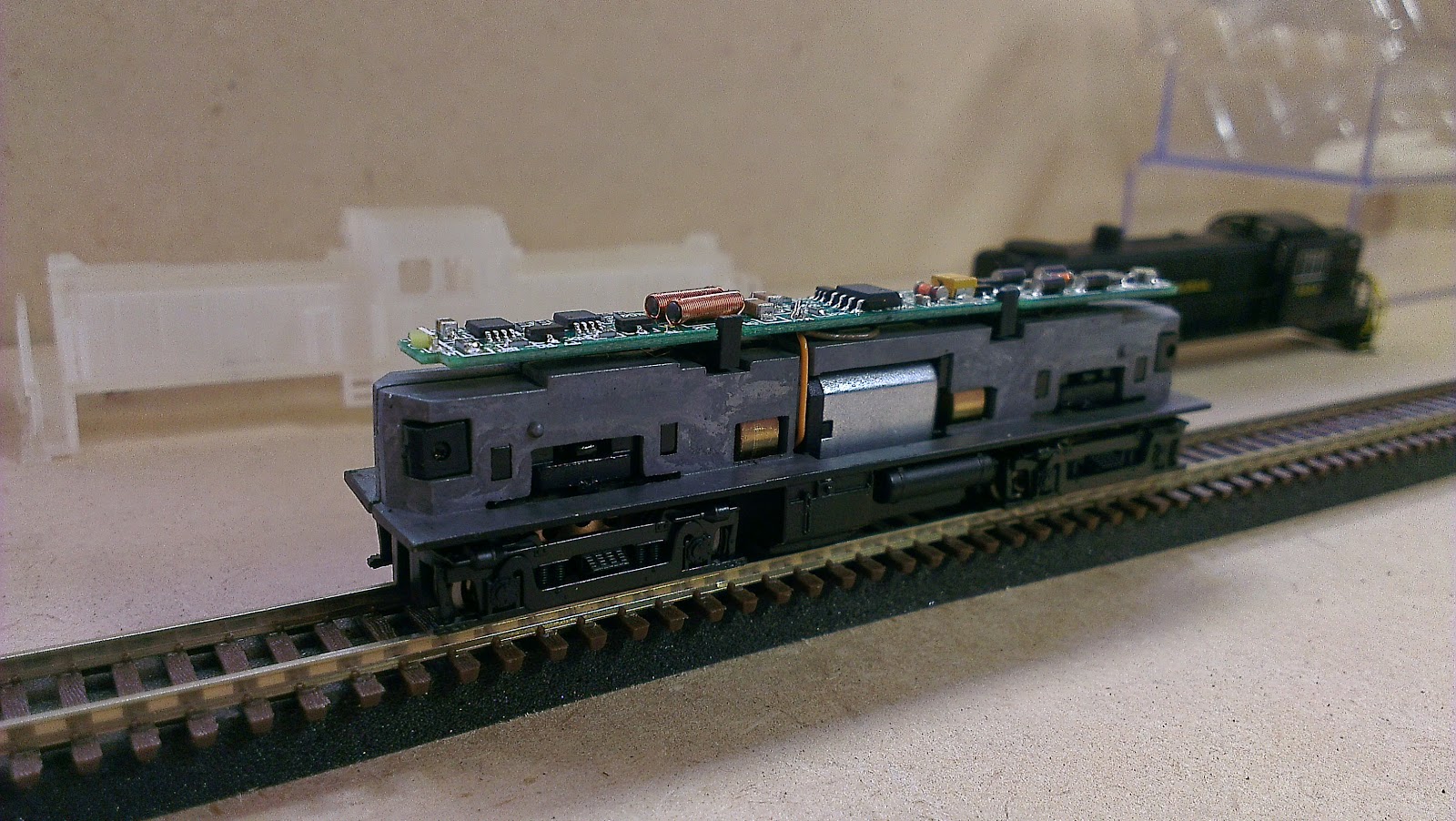 The RS3 I bought had a DCC board on top, meaning the Shapeways shell doesn't sit right: 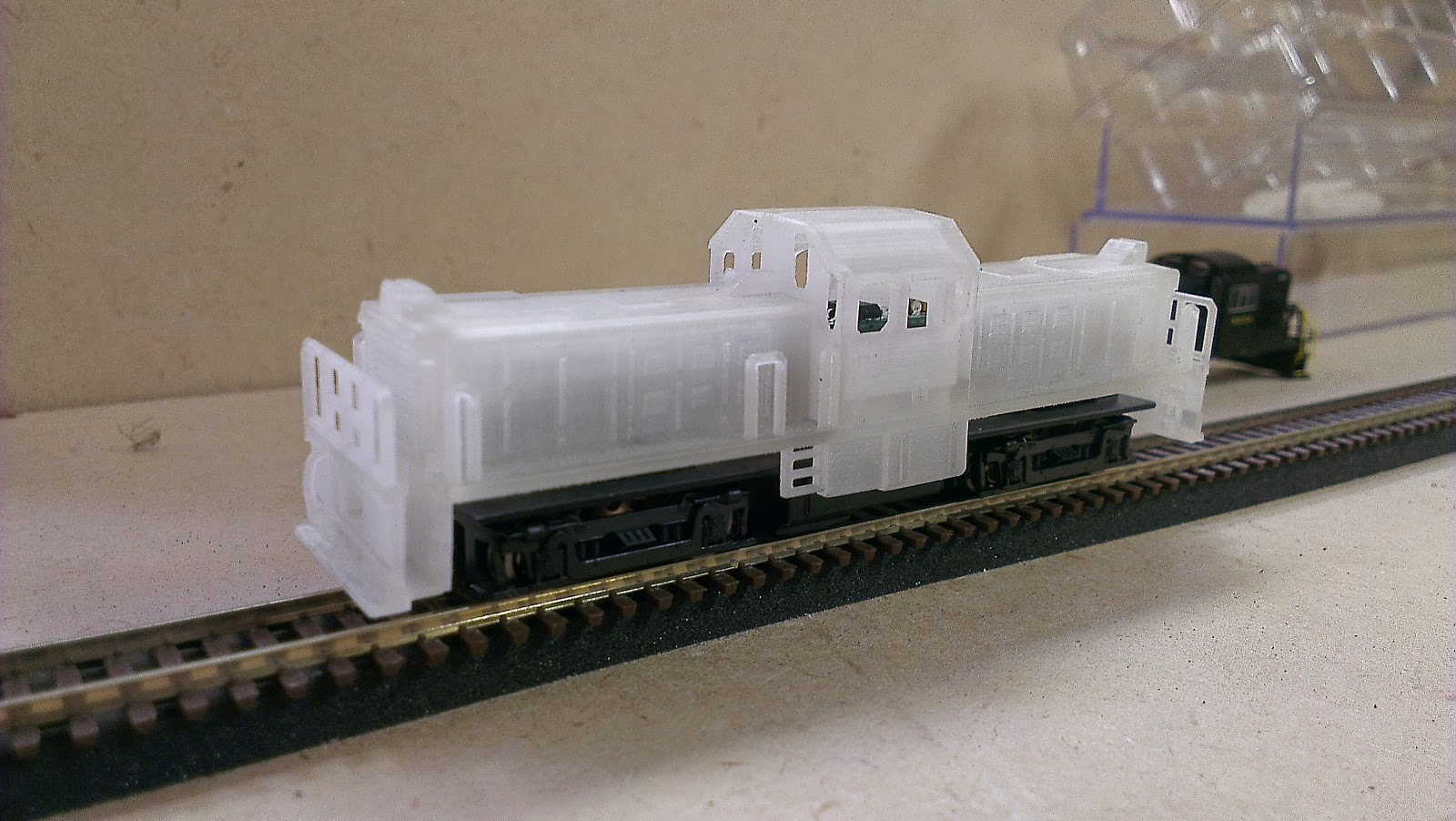 So I'm not sure exactly what to do now. I can remove the side sills, but the bogie contacts connect to these. I could file down the top of the RS3 chassis (by about 3mm) and put insulation tape on the DCC board. This would be a pretty delicate job. Thoughts?